Why Bad Penny Sports A Mustache 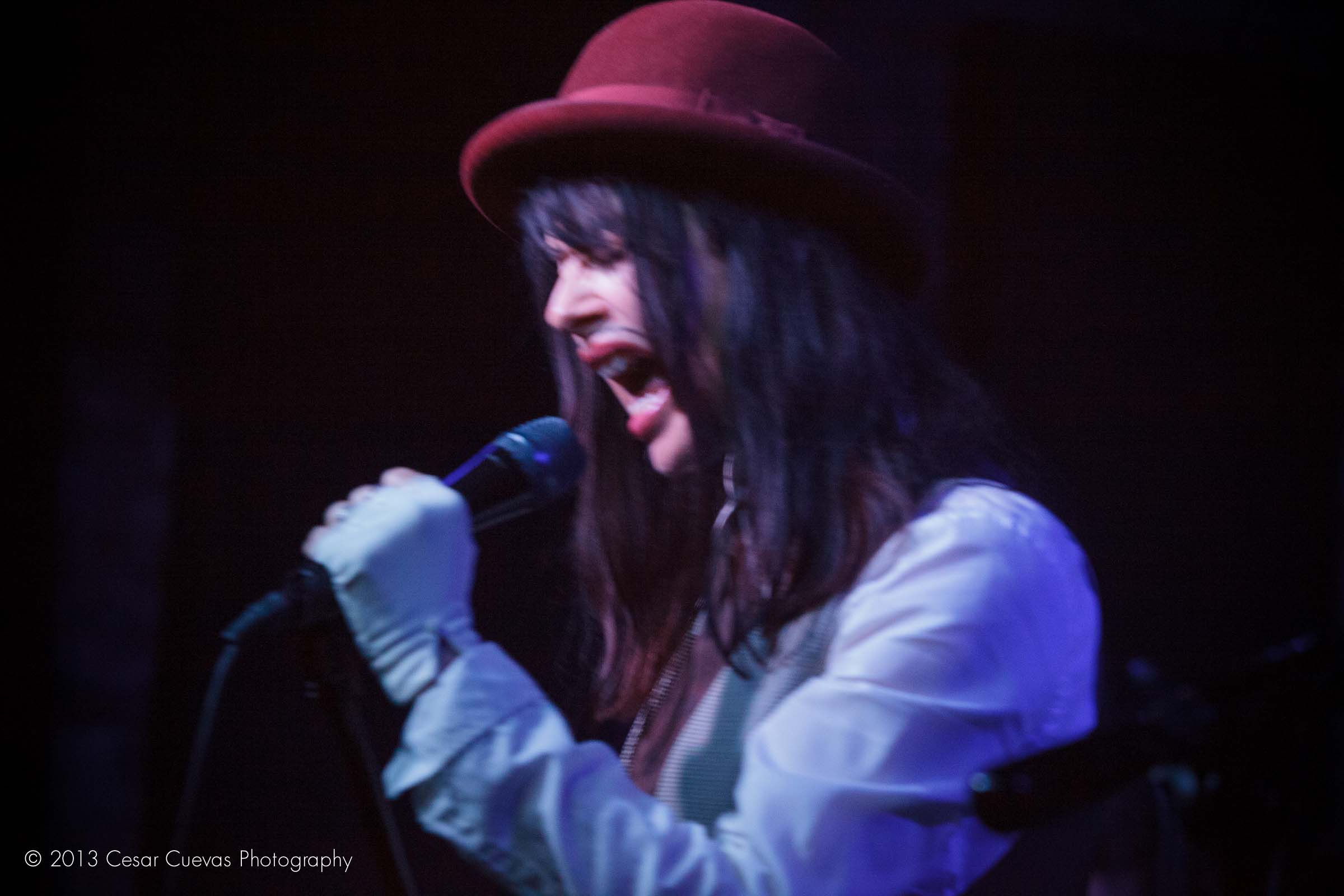 Recently The Cherry Bluestorms played at the Guitar Merchant in Canoga Park.  The venue is reminiscent of Santa Monica’s famous McCabe’s Guitar Shop, where world class artists have been known to give performances in the back room.  I think it is fair to say that The Bluestorms gave one of their finest performances ever.  Thanks are in order to Ted Russell Kamp filling in on the bass!  The band followed Dani Lee, who was accompanied by John Wicks of The Records and Dennis Taylor, guitarist with Matthew Sweet as well as The Records.  Dani’s set closer featured The Bluestorms’ Glen Laughlin on drums!

Well into the Bluestorms’ set, a voice from the audience demanded to know why Bad Penny sports a mustache.  As tempted as I am to advise the inquisitor to ask her herself, I thought it more likely that an enlightened answer would be found by putting the question to Penny’s creator.  Here is Glen’s response:

“The idea of putting a mustache on Penny came from the Three Penny Opera poster that was the inspiration for the cover.  The artist depicted the Macheath character with a mustache and, as Penny was taking Macheath’s place, it was natural.  It seemed to me that the mustache implied toughness or a decadence that characterizes where Penny was at when we meet her in the Bad Penny Opera.  I think it reminded me a bit of Marlene Dietrich or the character Liza Minelli played in Cabaret.  I suppose you could say that in the course of Bad Penny Opera, Penny loses a mustache and gains her soul”.

So, there you have it.  Creation and redemption all in the name of Rock ‘n’ Roll!  Until next time, this is your dutiful reporter on the Cherry Bluestorms beat,